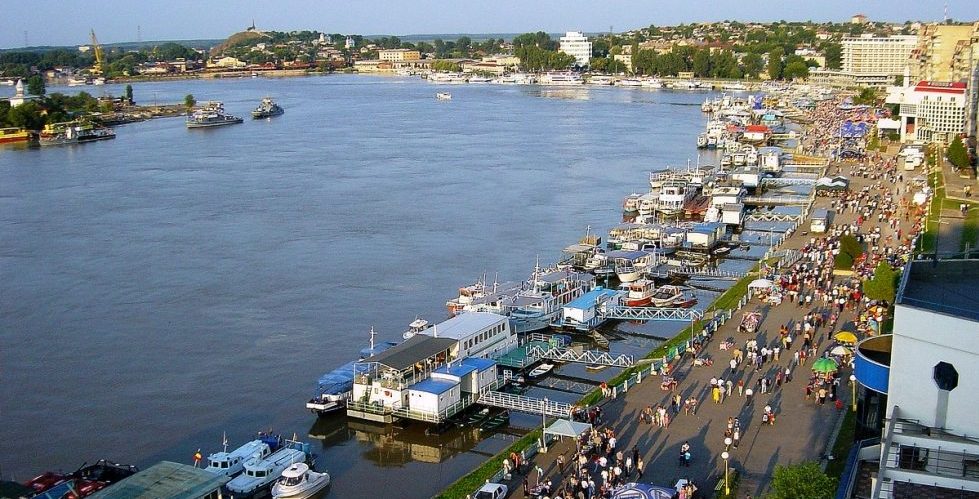 According to the provisions of the enforceable legislation (Law 278/2013 on industrial emissions, GEO 195/2005 on environment protection approved by Law 265/2006, with further modifications and completions, OM 818/2003, for approval of the procedure for issuing the Integrated Environment Authorization, with further modifications and completions, GD no 38/2015 regarding the organization and functioning of the Ministry of Environment, Water and Forestry, Governmental Decision no. 1000/2012 regarding the reorganization and functioning of the National Environmental Protection Agency and of the public institutions under its subordination , OM 169/2004 for the approving the direct confirmation of the BREF Best available techniques reference documents, approved by the European Union), FERAL SRL TULCEA owns INTEGRATED ENVIRONMENTAL AUTHORIZATION no. 3 of 28.10.2016 valid until 28.10.2026.

– CAEN Code 2- 4671 Wholesale of solid, liquid and gaseous fuels and their derivatives.

The basic raw materials consists of: manganese ore, manganese ore concentrate, sintered manganese ore, chromium ore, coke, quartz, limestone, tunder. The raw materials are generally supplied with barges and ships in the Mineral Ports of Tulcea or Constanta and are brought to the warehouses by truck and railway means of transport.

The unit’s operational processes can be sequentially split as it follows:

– the supply with raw materials;

– the raw materials melting in furnaces with self-baking electrodes;

– separation of slag from metal;

– dispatch of the finished product according to the chemical and granulometric quality, bulk or packaged

The main facilities and installations of the plant consist of:

SECTION FERO I, consists of:

The electric power is provided on a contractual basis from the national energy system through its own connection stations. The amount of energy consumed is permanently monitored and metered, effective usage measures being applied.

The directed emission sources of pollutants in the atmosphere – dispersion towers – are located at a height of 40 m and emit both dusts (mostly of small sizes) and gaseous pollutants. High heights, high evacuation velocities and high temperature emissions favor the dispersion of pollutants into the atmosphere, reducing the pollution at the soil level. Undirected sources are medium (luminators) and low height (associated with crushing, transporting, etc.) and release larger and more easily sedimentable dust, pollution at the soil level  due to them being local, especially within the unit.

In order to reduce emissions from undirected sources, the unit has taken measures to improve the capture system of capting during tappings, the use of trucks covered with tarpaulins for the internal transport of powdered raw materials, the putting in action of the pelleting plant, the restoration of the production halls and the depollution section (rehabilitation of the Fero I piping). The improvement of the burnt gas filtration installations, including the closing of the luminators. The enhancing of the drilling machines for the closure of the tapping holes has led to a reduction in the pollutants sourcing at this stage.

– Industrial water is used for the indirect cooling of some components of the ferroalloys manufacturing furnaces, which is fully recirculated, being necessary to periodically suplement it as a result of thermal losses by evaporation (about 15%), for cooling of these waters, two cooling towers are used. The industrial water is captured from a drilled well.

– Drinking water is used for household purposes, in the canteen, and for the supply of fire hydrants. Drinking water is captured from the city network. domestic waste water is discharged into the municipal sewerage network. To reduce pollution, the canteen collector was enhanced with a grease separator

– Consumption of both drinking water and industrial water is counted.

The soil pollution is due to the low level atmospheric emission sources and historical accidental pollution. As a result of the analyzes carried out at the sampling points on the perimeter of the site, there were no exceedances of the alert threshold and intervention of the reference values, according to MAPM Order 756/1997 for less sensitive usage soil.

Reference values for soil chemical elements are shown in the table below:

In the case of the purchase of new machinery and equipment, before their mounting, the activity holder presents the measurement reports issued and guaranteed by the manufacturer to the environmental authorities;

The noise emissions are within the permissible noise level of 65 dB (A), for the heavy industrial area, according to the MEWM Order no. 678/2006 for the approval of the Guidelines on the Interim Methods for Calculation of Noise indicators for the noise produced by activities in the industrial areas, road, railway and air traffic in the vicinity of airports.

The waste generated by the company is managed in according to the provisions of Law 211/2011 and the HG. no. 856/2002 on the waste management records and for the approval of the list of wastes comprising hazardous wastes, with subsequent amendments.

For waste generation, the following are monitored and recorded:

▪ physical and chemical composition of the waste;

▪ handling precautions and substances that can not be mixed.

The waste is temporarily stored on classes in designated locations, in order to be traded / eliminated via authorized companies.

Th waste is temporarily stored in specially arranged places so it can be prevented any contamination of the soil and the sewerage network. The waste resulting from the ferroalloys manufacturing process – the poor manganese or chrome content slag in is processed in the own crushing plant, by size ranges with a view to trading as building material and as the concrete making material.

The operator makes-up a complete register of issues and issues related to waste management operations and practices on the site and is made available to the authorized persons of the competent authority for environmental protection and the authority with control responsibilities.

This website uses cookies to improve your experience while you navigate through the website. Out of these, the cookies that are categorized as necessary are stored on your browser as they are essential for the working of basic functionalities of the website. We also use third-party cookies that help us analyze and understand how you use this website. These cookies will be stored in your browser only with your consent. You also have the option to opt-out of these cookies. But opting out of some of these cookies may affect your browsing experience.
Necessary Întotdeauna activate
Necessary cookies are absolutely essential for the website to function properly. This category only includes cookies that ensures basic functionalities and security features of the website. These cookies do not store any personal information.
Non-necessary
Any cookies that may not be particularly necessary for the website to function and is used specifically to collect user personal data via analytics, ads, other embedded contents are termed as non-necessary cookies. It is mandatory to procure user consent prior to running these cookies on your website.
SALVEAZĂ ȘI ACCEPTĂ